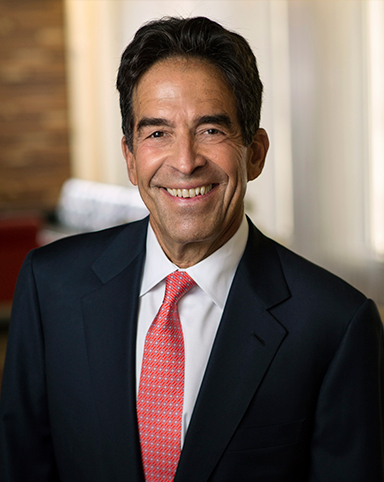 Few choices are more important to a company or individual than the counsel they select when faced with a government investigation, potential indictment, or trial. Michael's significant experience defending entities and individuals in high-profile, bet-the-company matters makes him a clear choice when so much is at stake. His clients benefit from his years of experience on both sides of the courtroom, as well as his deep-rooted commitment to the successful outcome of each matter he handles.

Chambers USA ranks Michael in Band 1 in White Collar Crime and Criminal Investigations, stating that he "receives extensive praise from commentators, who describe him as 'brilliant, direct, and tenacious,'" while also noting that he "understands legal strategy and is exceptionally able."

Michael's broad experience in white collar criminal matters, including trial, has resulted in his retention in many sophisticated civil litigation matters involving securities and corporate litigation. He frequently represents plaintiffs in securities class actions and has reached settlements for his clients ranging from $84 million to $1.3 billion. Michael is the immediate past chair of Lowenstein’s litigation practice, leading the department from 2007 to 2017.

Michael served as an Assistant District Attorney in Bronx County, New York, and an Assistant U.S. Attorney for the District of New Jersey, where he led the prosecution and conviction of a New Jersey state senator, a former speaker of the state legislature, and a number of union officials. He currently serves on the Advisory Board for the Association of the Federal Bar of New Jersey and is a member of the Federal Bar Council, Second Circuit.