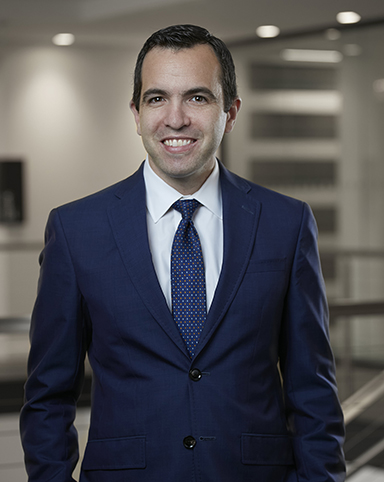 Matt represents clients in white collar matters and business disputes. His experience in the highest levels of New Jersey state government gives him a unique perspective and exemplary litigation, investigation, management, and strategic skills that he applies to a broad spectrum of corporate matters and individual clients.

Before joining Lowenstein, Matt served as Chief Counsel to New Jersey Governor Phil Murphy. In this role, he managed a team of over 20 lawyers in reviewing and approving all legislation and executive and administrative actions before the governor. In addition to reviewing actions taken by 20 departments and over 50 state authorities, he was responsible for retaining and supervising outside counsel on internal investigations and coordinating with the Attorney General’s office on a variety of affirmative litigation matters.

During his tenure as Chief Counsel, Matt oversaw all legal matters related to the COVID-19 pandemic for the State of New Jersey. In this capacity, he managed the drafting of over 80 executive orders and numerous administrative orders pertaining to the state’s emergency response to the pandemic. Without losing a single matter, he contributed to over two dozen litigations arising from the pandemic, including cases filed in both federal and state court and before the New Jersey Supreme Court. He also oversaw reforms of state workforce policies affecting 65,000 employees in order to maintain government services during the pandemic. Experienced in public relations, Matt appeared at more than 100 COVID-19 press conferences, handling all questions regarding the state’s legal response to the pandemic.

Matt’s other accomplishments as Chief Counsel include:

Matt’s extensive experience in negotiations and crisis management has contributed to his inclusion on various influencer lists, such as those published by NJBIZ, New Jersey Globe, Insider NJ, and ROI-NJ. For his work on the COVID-19 pandemic, he was recognized with the top ranking on the 2020 NJBIZ Law Power 50 list.

In January 2020, Matt took a leave from the Office of the Governor to serve as Special Counsel to United States Senator Cory Booker during the impeachment trial of President Donald J. Trump.

Prior to entering public service, Matt practiced litigation with Debevoise & Plimpton LLP, where he focused on internal investigations and civil and criminal matters before the U.S. Attorney’s Office for the Southern District of New York, the U.S. Department of Justice, the New York Department of Financial Services, and various regulatory agencies.