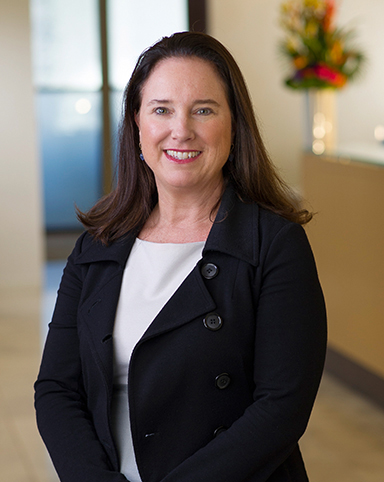 As a startup specialist who has nurtured dozens of fledgling companies through their early stages, Kathi sees her job as part lawyer and part coach. Many of her clients are entrepreneurs dealing with new and often unfamiliar challenges. In helping them work through the myriad complexities of founding a technology company, many with legal implications, she regularly finds herself answering questions such as "Is this normal?" "Is that right?," and "What do you suggest?"

Kathi's background amply equips her to answer these questions. Before joining the firm, she served as regional counsel (and for a short while, acting general counsel) of Intel Capital, the venture capital arm of the technology giant and one of the world's most active venture investors, where she played a key role in substantial investments in a wide range of startups.

Steeped in the no-nonsense business culture of Silicon Valley, Kathi understands entrepreneurs and the pressures they face. She knows from long experience that the company is their "baby" and that their roles change once they accept outside investors. From that point on, they are in the unfamiliar position of having board members to whom they must answer, and Kathi is adept at helping them make the adjustment so they can work effectively in their new circumstances. She helps with their financing. She negotiates their contracts. She helps them think through issues related to building a team, growing beyond beta, and putting together scenarios around an eventual exit. Kathi is also an active player in the startup community. She was a co-founder of VentureCrushFG (formerly known as FirstGrowthVC), which provides a formal mentoring program and peer group for high-potential tech entrepreneurs.

Kathi believes in collaborative, as opposed to adversarial, lawyering. To her, winning every last point is less important than reaching a solution that results in a win for everyone. A large number of now-successful companies have received the benefits of this approach.