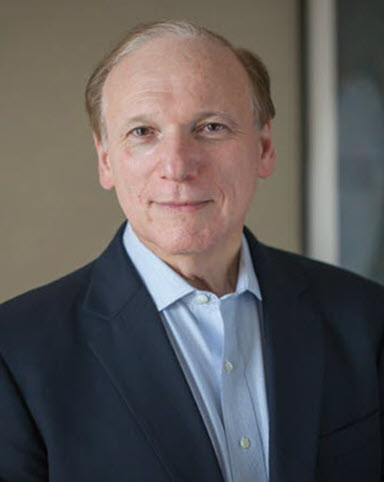 Jeff is a leading figure in the competition issues that shape today's economy, particularly those affecting telecommunications, ecommerce, and other technology-based companies. Clients value his understanding of a wide variety of industries as well as his collaborative approach to accomplishing business goals. With more than 35 years of government and private practice experience, Jeff has an in-depth knowledge of competition principles, technology, regulation, and economics.

Drawing on nearly two decades of experience, Jeff works with clients on the increasingly important and complex competition issues in intellectual property including participation in standards setting, collective IP activity such as patent pools and collective defense, licensing issues including for standard essential patents (SEPs), and the competition issues that have become common in patent litigation over FRAND/RAND licensing terms for SEPs. As outside counsel, in-house general counsel, board director, and litigator, Jeff represents companies and their investors on a broad range of competition issues, including criminal antitrust matters (investigations and trials), class action antitrust lawsuits, actions brought by customers and suppliers, actions by or against competitors, monopolization cases, and transactions. Understanding that legal strategy must serve business strategy, Jeff functions as an integral part of his clients' business teams, from major brands to early-stage venture-backed tech companies.

Beginning his career with more than a decade at the Antitrust Division of the Department of Justice (DOJ) and in the U.S. Attorney's Office for DC, Jeff has first chaired more than 60 jury trials and has argued more than 20 appellate cases. As Assistant Chief of the Special Regulated Industries Section of the Antitrust Division, Jeff supervised investigative and trial staffs in complex matters in the financial services and telecommunications industries.

Jeff was one of four senior trial attorneys in the 18-month trial of United States v. AT&T (the divestiture case), arguably the most complex monopolization case ever tried successfully by the Government, covering anticompetitive conduct over a span of several decades.  He had a senior supervisory role directing a large team in determining the theory of the case, conducting discovery including extensive depositions, architecting the Government’s case, and both presenting and cross-examining numerous key witnesses, including fact, technology, engineering, and economic witnesses.  He then served as chief of the entire trial staff during the first wave of post-divestiture litigation.

While in private practice, Jeff was called back to the Antitrust Division several times to work with trial staffs in developing complex cases, including those that became US v Microsoft and US v MasterCard and Visa.  In addition, he has continued to advise clients in the technology and payments industries, working with electronic payment companies on both the issuer and merchant sides, as well as those providing transaction acceptance and fraud protection and remediation.  Jeff also regularly counsels clients and trade associations on antitrust issues relating to credit and collections.

Jeff is an accomplished litigator and trial lawyer in a variety of complex matters. His trial expertise includes both presenting and cross-examining not only fact witnesses but also  technologists, engineers, economists, and finance and other experts. He also has a long record of successfully trying complex technology matters involving these same issues at US District Courts, at the FCC, and at state regulatory commissions nationwide. All these benefit from his ability to ”translate” complex technology for non-technology-literate decision makers.

Drawing on this experience, Jeff has taught trial practice throughout his career, at a variety of forums including the Attorney General’s Advocacy Institute of the US Department of Justice, the National Institute for Trial Advocacy (“NITA”), as an adjunct professor at the Georgetown University Law Center, and at several law firms.