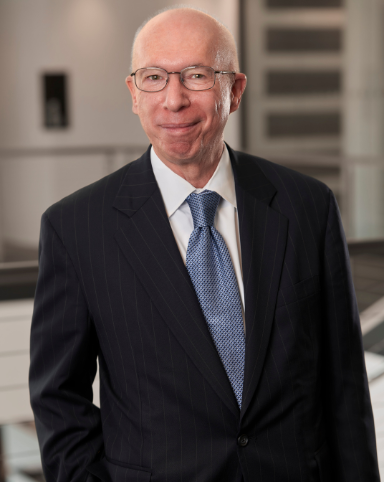 A former Associate Justice of the New Jersey Supreme Court for twenty years, Justice Barry T. Albin (ret.) is a partner in the Litigation group and the Chair of the firm’s Appellate practice. He offers a unique perspective gained over 40 years in the practice of law as a prosecutor, defense attorney, civil litigator, and as a Justice of the state’s highest court.

Appointed in 2002 to serve as an Associate Justice of the New Jersey Supreme Court, Albin has been called “the consummate jurist” and “a constitutional giant.” He authored more than 400 opinions, including more than 230 majority opinions, more than 130 dissents, and dozens of concurrences on issues spanning the wide spectrum of the law.  He has written on such topics as civil rights, criminal law, insurance, employment discrimination, contracts, taxes, municipal government, elections, products liability, and mass toxic torts.

Albin is the author of landmark opinions on the rights of same-sex couples, the rights of the accused and workers, and civil rights, among others. He also authored a number of dissents, which later became law.

Before his appointment to the high court, Albin practiced in the public and private sectors, trying approximately 60 jury trials and countless non-jury cases and arguing numerous appeals. He began his career as a Deputy Attorney General in the Appellate Section of the New Jersey Division of Criminal Justice, and then served as an Assistant Prosecutor in Passaic and Middlesex Counties before entering private practice and ascending to the bench of New Jersey’s court of last resort.

In addition to his trial and appellate practices, Albin serves as a neutral arbitrator, special master, and mediator in complicated, high-stakes disputes.