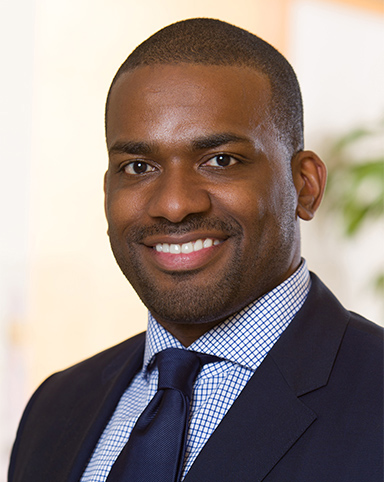 A highly successful litigator and a fierce advocate for his clients, Shavar Jeffries brings integrity, courage, and uncommon insight to his complex-litigation and white collar criminal defense work for Lowenstein. His experience stretches across the spectrum, from managing large-scale government investigations to representing individual and institutional clients in impact-litigation matters to case-specific advocacy and alternate methods of problem solving for diverse clients.

Before Shavar joined Lowenstein in 2014, he was an Associate Professor of Law at Seton Hall Law School's Center for Social Justice in Newark, New Jersey, where he ran a litigation clinic focused on complex and class-action litigation and advocacy. In this role, he helped numerous clients, in both individual and class actions, defend themselves against consumer fraud, unlawful education policies, and overly broad government actions in wide-ranging matters affecting individual rights and liberties.

From 2008 to 2010, Shavar was counsel to New Jersey Attorney General Anne Milgram, serving in the line of succession as one of the office's most senior officials. In that role, Shavar oversaw all multistate investigations, spanning a wide range of matters from securities and consumer fraud to environmental protection and products liability. He also had supervisory responsibility for several divisions of the office, including the Division on Civil Rights, encompassing responsibility for enforcing a wide range of state and federal employment and antidiscrimination statutes.

Earlier in his career, Shavar was counsel to the firm and Deputy Director of the Gibbons Fellowship in Public Interest and Constitutional Litigation at Gibbons P.C., where he worked on a variety of complex-litigation and class-action matters, including cases involving consumer fraud, voting rights, affordable housing, and special education. He clerked for Nathaniel R. Jones, a judge on the United States Court of Appeals for the Sixth Circuit, and worked as an associate at Wilmer Cutler & Pickering (now WilmerHale), where he defended the University of Michigan in affirmative-action litigation challenging its admissions policies, and represented large institutional clients in class-action employment cases.

A native of Newark, New Jersey, Shavar has been extensively involved in the Newark community. He was the founding Board President of TEAM Academy Charter School, Board President of the Boys & Girls Clubs of Newark, and a board member of Seton Hall Preparatory School. In 2010, he was elected to the Newark Public Schools Advisory Board and was then unanimously selected by his colleagues to serve as Board President. Shavar ran as a candidate for Newark mayor in 2014, in a campaign that attracted national attention. Despite being a first-time municipal candidate, Shavar's reform platform gained broad support and he proved to be a formidable contender, obtaining over 46 percent of the vote, more votes than any other first-time municipal candidate in modern history.

Shavar has received numerous honors for his client advocacy, including "40 Under 40" recognition by the National Bar Association as one of the nation's top lawyers, the Garden State Bar's Young Lawyer Award, the NAACP's Freedom Fund Award, the Brendan Byrne Distinguished Public Servant Award, and recognition by New Jersey Super Lawyers Magazine as a "Rising Star."